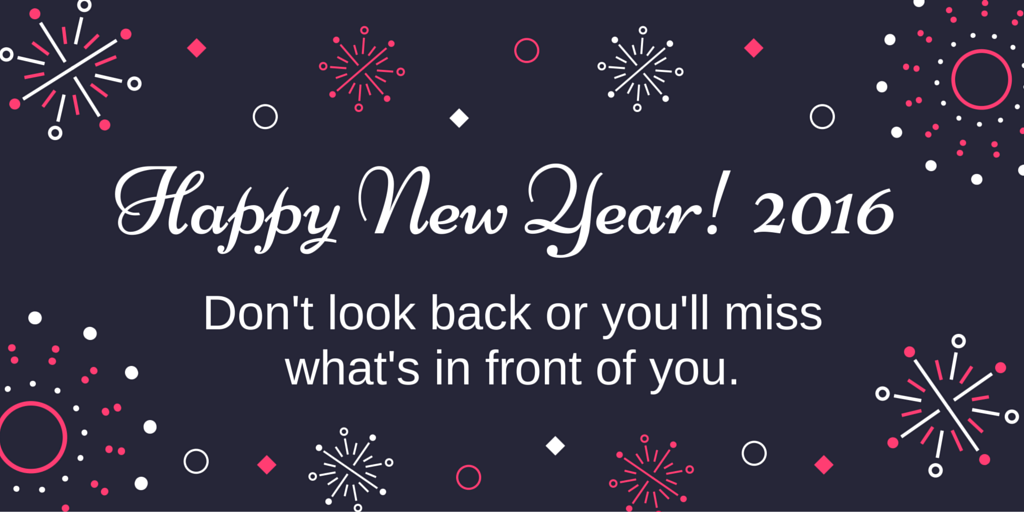 Yes, it’s that time of the year again where we look forward to a New Year and hopefully a better one than the previous one.

It’s the time for New Years Resolutions, even though they’ll likely be recycled from last year.

And it’s the time to reflect on things you can improve this year that you weren’t happy with last year.

But don’t spend too much time dwelling on the past or you’ll miss what’s in front of you.

To be honest, last year there were plenty of days where I wondered if I was doing enough each day to continue living this full-time bloggers life.

Were my efforts going to pay off?

Will I continue to enjoy blogging?

Would I ever need to get a full-time job again?

Well, some of these questions are yet to be fully answered but I’m optimistic that I’ll have these answers by the end of 2016. But one thing’s for sure if I didn’t start this journey in 2015 I’d be a year behind the people that did.

Well, despite my fears of not working enough to achieve my goal, of living full-time from the Internet, it turns out that I achieved much more than I gave myself credit for.

Plus created over 300 images in Canva

And completed 95% of my first full Udemy Course

Even writing this now I can hardly believe I pushed out so much content in such a short period of time. If you would have asked me at the beginning of 2015 if I was capable of creating this much content in one year, I would have laughed and given you that ‘are you kidding me’ look.

But I don’t want to dwell on the past any longer than I need to and that’s my wrap for 2015.

You see I’ve planted the seeds now, as the work you do on The Internet is like a good wine, it matures with age. So even with just with a little maintenance on my blogs I know each one will be better in 2016 than they were in 2015.

The self-doubt has dissipated, and the path is becoming a lot clearer now. 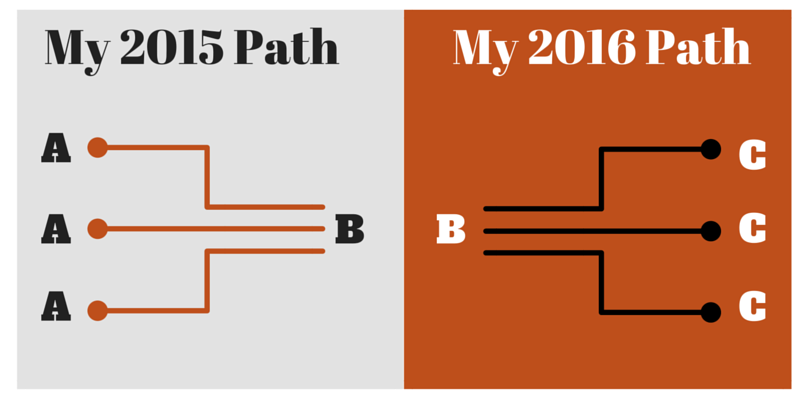 When I first started in 2015 I didn’t know which path to take and spent a lot of time watching Youtube videos and following different people to try and work out what I needed to do to become successful online.

What I didn’t realise is they were selling me hopes and dreams and not one offered to do the work for me. In the process, I followed many paths and ended up at a few dead ends. I didn’t really know what was going to work and what wasn’t, so I tried everything.

It was was only when I followed my own path, that I gained traction, and managed to complete such an impressive body of work.

Now in 2016 my path is clear and it’s the outcomes that might vary.

This is what excites me about 2016 the most,  I follow my path and then I have choices on how it plays out. It’s a bit like a choose your own adventure story and I’ve always been a person that likes adventure. After all, that’s why a left a mundane 6-figure job to take my chances on the Internet and I’m glad I did.

And the one thing in common in my journey thus far is ‘blogging’.

Even after creating 100+ Youtube videos, they all end up embedded on a blog. When I write my book, I’ll use my blog to promote it and if I was a podcaster, you guessed it, they’d end up on a blog.

Now I should really stop calling them blogs because that term is still closely related to a personal story, what I’ve created are websites using blogging software.

Thanks to the thousands of Free WordPress Plugins and my trusty Themify Themes and my Bluehost Web Hosting, I’ve been able to quickly start a new blog every time inspiration hits me. And it’s this variety of blogs that has enabled me to keep pumping out the content when ‘that other blog’ just isn’t as exciting anymore.

I have a few more blogs to get started in 2016, so this year is going to be just as interesting.

And to the people that suggest you need to stay FOCUSED on one blog, I say that only works until you’re bored and then productivity goes down. Each blog or website idea you develop has it’s own potential in the future, so just get them started.

And when you’ve had enough of the blog, just sell it on the second-hand domain or website market and make a few dollars on the EXIT.

In 2016, I’m going to keep producing content and service some of my neglected blogs, start new ones and maybe sell old ones. Plus I hope to self-publish one or two books as a prelude to my main one that’s still a long way from being finished. But who really knows, what I get finished but that doesn’t bother me as long as I keep busy.

If 2015 wasn’t your year, what are you going to change in 2016 to ensure you keep moving forward?

Starting a Craft Blog – Keeping it in the Family

One of the great things about blogging is being able to share your knowledge with family and friends and one of the things I recently shared was how to start a craft blog. Of course, they might not always understand what you are trying to do, but as soon as you show them the numbers it […]

For a limited time, I’m excited to offer Free WordPress Help with every new blog that’s started using my blog hosting links. That’s right, you can now get help with WordPress when you choose to sign-up for a new self-hosted block through my website. Any affiliate commissions I receive help to fund my online dream, […]

Why Blog? – It’s the Small Things that Matter

I’m reminded daily of the benefits of blogging and although I take most of them for granted I thought I’d take some time to reflect. So Why Blog? You see today I just received a delivery for my daughters upcoming birthday and I was actually there to sign for it. Yep, it’s a really small […]