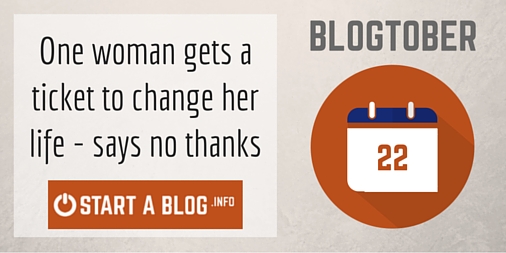 It’s the thing dreams are made of. Here you are sitting in front of ready made millionaire and asking all kinds of goofy questions like ‘In which ways do you blow up your life’.

OK, it’s a little out of context but essentially Jason Nazar was earlier suggesting that we all should live a challenging life and completely turn it on its head (blow it up) at least every 10 years. Which makes sense to me because as they say ‘If you’re not growing then you’re dying’.

I totally get it, so when this woman asked this question, she clearly wasn’t ready for the ensuing conversation. Check out the video here and the question is around the 12:20 mark.

This show is a follow-up Q&A to the main interview that Tom Bilyeu hosts on Inside Quest.  It’s a great YouTube channel and certainly worth some of your valuable time.

Anyway, the woman’s name is Ami and she thinks she’s about to get the answer to her question and then, Boom! Jason starts poking around for a few answers himself and quizzes Ami about something she’s afraid of however would really like to achieve in her life.

Ami wants to get her MBA but is dissuaded by other entrepreneurs who quite rightly questions the value in today’s modern world. Her second option is to travel extensively.

Then Jason throws her the curve ball, suggesting that she could drop everything and go and travel for 6 months and then offers to give her the plane ticket to anywhere in the world plus a return ticket too. WTF?

Who gets those sorts of opportunities at 30? It would definitely ‘blow up her life’ and who doesn’t come back from a holiday with a million and one ideas and some clear direction. It’s clear he knows this but what is Ami thinking?

I just had to scroll and check the video comments because I was sure off camera there was an immediate deal struck and her boss was there so he could just make it happen.

Sadly after less than a week of thinking, Ami declined the offer and completely took the opposite approach, and bought a condo in Downtown LA.  There goes the opportunity to ‘blow up her life’ as mortgage repayments kick in and the yearning for an MBA continues to distract her along with the hefty price tag that goes with it.

So what’s this got to do with blogging?

Well maybe it’s just me but, I can’t help to think it’s a missed opportunity and one that might never happen again.  You see I write about ‘Leaving The Wheel‘ on other blog and it’s about exactly this.

Being stuck in a wheel (or rat race) and just living day to day but without really LIVING. It’s more like existing when you are waking up to get ready for work, working, coming home watching TV and going to bed and if you’re lucky you get the weekend off.

A holiday is something you use to treat yourself because you’ve been hard at work in a job that you really don’t like. And you need to work in the job to afford the holiday and all the other toys you need to comfort your soul. It’s a vicious circle.

I chose to ‘blow up my life’, by leaving a very comfortable six figure salary government job. I didn’t have a yearning for travel but rather wanted to scratch an itch I’ve had for a number of years, which was to earn my living online and to work my own hours and only answer to myself.

A blog gives me all that and more.

Do I regret leaving the comfort of my cubicle? Hell No! And I feel healthy than I’ve been in the last 10 years and are more motivated than ever to succeed. For me, it’s just a matter of when I make it rather than if I’ll make it.

I know blogging is a long game and I’m only new on the field in relative terms, but I can see that blogging is a great platform or launch pad for the rest of my life. This year I still have some groundwork to lay, but I expect to have a busy travel schedule next year as I get around to a few more blogging conferences.

What are you doing next year?

Do you want to start a blog?

It’s time to ‘blow up your life’ and make some changes that you’ve been wanting to do for awhile.

When I hear the phrase ‘You only have one life‘ my heart sinks as I’m reminded that this was a message I continued to ignore year after year and only now realise it’s true meaning.

I’m lucky because I’m less than a half way through my life and still having plenty of LIVING to come. But I’m sure if I was still on that other path I was on my way to an early grave.

I’m glad I stepped into the light.

Oh, and for the record, Ami still intends to travel next year however, it looks like it’s going to be those 1-2 week vacations that I mentioned earlier.

Has the World gone Subscription Mad? How to promote a blog

Starting a Craft Blog – Keeping it in the Family

One of the great things about blogging is being able to share your knowledge with family and friends and one of the things I recently shared was how to start a craft blog. Of course, they might not always understand what you are trying to do, but as soon as you show them the numbers it […]

For a limited time, I’m excited to offer Free WordPress Help with every new blog that’s started using my blog hosting links. That’s right, you can now get help with WordPress when you choose to sign-up for a new self-hosted block through my website. Any affiliate commissions I receive help to fund my online dream, […]

Why Blog? – It’s the Small Things that Matter

I’m reminded daily of the benefits of blogging and although I take most of them for granted I thought I’d take some time to reflect. So Why Blog? You see today I just received a delivery for my daughters upcoming birthday and I was actually there to sign for it. Yep, it’s a really small […]